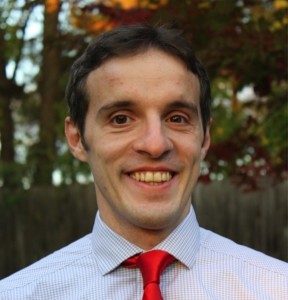 Luca Cottini is a scholar of modern Italian Literature, and a cultural historian. He received his training in Classical Philology and Literary Criticism at University of Milan (BA, 2003) and he specialized – at Notre Dame (MA, 2007) and Harvard (PhD, 2012) – in Italian modernist literature, and in the early industrial culture. He also holds a certificate in Digital Marketing from the Yale School of Management (2020).

His research on the 19th and 20th centuries combines a traditional literary focus (on authors like D’Annunzio, De Amicis, Pirandello, Palazzeschi, Marinetti, Papini, Alvaro, Calvino, Fenoglio, and Pavese) with a broader interdisciplinary horizon, including visual studies (on Italian early photography, abstract painting, and silent cinema), and social history (the reception of industrialism, the development of advertising and early industrial design).

His most recent book, The Art of Objects. The Birth of Italian Industrial Culture, 1878-1928 (University of Toronto Press, 2018) focuses on the emergence of industrial modernity in Italy at the turn of the 20th century. His method consists in observing this culture from the perspective of its iconic objects of mass consumption, as they create new social practices, and as they shape, in ads and in the arts, a new imagery of the modern.

Luca Cottini has been invited to present his work at Harvard, Yale, University of Pennsylvania, Brown, as well as in Milan, Florence, and Perugia. He is also the host and creator of the YouTube show “Italian Innovators“, presenting figures of great modern Italians in the fields of science, technology, design, music, and education, featuring interviews with leading Italian academics and entrepreneurs, and including lessons of Italian cultural history and modernity.